The Upcoming War in Gaza

The upcoming war in Gaza will not be another "Operation Cast Lead."

The Cast Lead operation went after terrorists, but not their leadership.  The only way to stop the rockets is to rain terror into the hearts of Gazans, and target their leadership who find it acceptable to routinely target Israel's civilians.

Israel successfully accomplished this in Operation "Defensive Shield" in the Intifada by entering Palestinian Authority controlled cities of Yehuda vShomron (West Bank) -- weeding out the terrorist infrastructure in the PA police and "security" organizations.

Now Israel will need to do the same in Gaza.  It won't be easy, because the longer Israel waited to deal with the terrorist infected Gaza, the harder it will be to eradicate the plague.

For the first few days of the ground assault, there will probably be very serious rocket attacks on Israel, so here is a map of the warning times to get to a safe area for Gaza rockets. 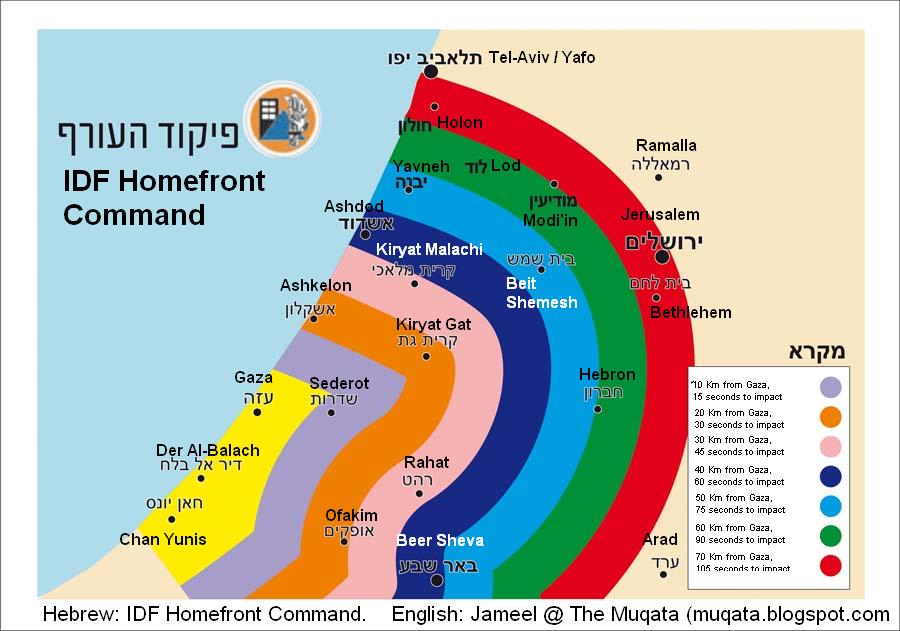 We will need to rally around the IDF and Israel during this critical time, as world opinion will attack Israel externally and from within.


The war drums are beating. The rockets keep flying, and Israel must now roar into Gaza striking fear into our enemies hearts, so our children will be safe.

Far better to retaliate by conquering territory and annexing it. They kill, Israel counters with an appropriate sized annexation.

It would be best if the mass evictions could be accomplished without any deaths, but that might not be realistic.