Last week, Eric Bellucci from Staten Island, who is accused of killing his parents in Staten Island, boarded an ELAL flight and and skipped off to Israel.

What made this story rather strange is that Bellucci isn't Jewish, has no ties to Israel, and yet he decided to flee to Israel of all places.

Personally, I'm surprised that he managed to get on the ELAL flight in Newark, and that ELAL security didn't detain him (I'll have to mention this to my friends in ELAL security)

Bellucci was extradited back to the U.S. from Israel this past Sunday morning. 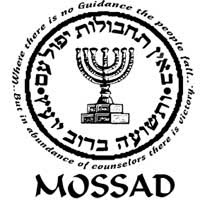 About a month before the brutal double murder, Bellucci called an old friend from Stuyvesant High School and said he was working with Israeli intelligence.

"He seemed a little paranoid," the friend told the Daily News. "He told me that he was working with the Mossad."

The friend, who asked to remain anonymous, said his former football teammate was worried about terrorism and cited the attempted Times Square bombing.

Less than a week before the killing, Bellucci sent an email to an ex-girlfriend, offering her $500 for the name of each person who caused their breakup, a police source said.

The Mossad Excuse. There's a new one...

He should have claimed he was a Palestinian Arab fleeing American persecution.

Then Israel's leftists would have campaigned to have him allowed to stay in the country!

Being an an Israeli patriot wins one no favors from on high.

I remember there was some kook holed up in the US somewhere a number of years back who kept going on to the cops about "Mossad." The cops had no idea what he was talking about. Not sure what happened to him...