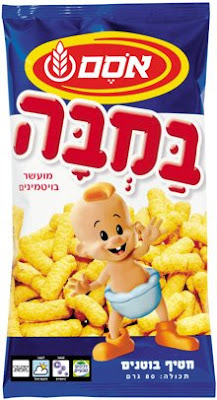 As if Israel doesn't have enough problems to worry about -- from Qassam rockets to tragic bus accidents, a new worry is plaguing parents of young children; a spate of mysterious deaths among infants and young toddlers.
Haaretz Reports:

The Health Ministry has launched an investigation into the sudden deaths in the past month of four toddlers and the severe illness of two others.

The cases, some of which were reported to the ministry in recent weeks by hospitals, including Schneider Children's Medical Center and the Sourasky Medical Center in Tel Aviv, involved serious neurological and cardiac damage to the babies, but in most of the cases, no reason has been determined as yet for the illnesses or the deaths.

The initial ministry probe has turned up no connection among all six cases, although the ministry is still seeking one. The Health Ministry released a statement to the press yesterday that Schneider Children's had reported three recent cases of unusual illness among young children in the past three weeks. Of these, a 14-month-old girl, Ella Hanina, of Even Yehuda, died of unknown causes.

The child arrived at the hospital with extreme brain damage that led to her death. Her parents donated her organs.

Doctors believe Hanina had contracted the common intestinal virus Coxsackie B, which doctors say can cause severe damage in rare cases. However, physicians at Schneider are not sure the virus was the cause of the child's death.

Today, a spam mail flew around Israel connecting the unfortunate deaths to...the quintessional Israeli children's snack: Bamba.
Bamba's manufacturer Osem was less than impressed, and the Ministry of Health issued a statement that Bamba has not been linked to the deaths. Osem's stock fell 6% on Israel's stock exchange, and Osem has filed charges with Israel's police to find the person responsible for the urban legend spam email...and is intending to sue them as well. (source in Hebrew)

My 1 year old grandson got terribly ill after eating Bamba, so my daughter isn't taking chances.

What's interesting is that when the children all died or were injured from the bad Remedia baby formula, the only child that survived unscathed, did so because he was eating... Bamba.

Apparently there was enough vitamins in there to make up for what was missing in the baby formula.

One more thing. My son is SEVERELY allergic to peanuts, so there is no Bamba in our house.

Bamba should be declared a lethal weapon. Even if it did not kill these kids....

I wonder how many vaccinations these kids had, which vaccinations, and when, relative to their deaths. No one seems to be looking into that.