11:59 PM None injured in rocket attack on Beer Sheva.

This concludes Day 5 of Gaza's War on Israel. LiveBlogging will resume early tomorrow morning or earlier, depending on the severity or news-worthiness of what's going on.

I would like to take this opportunity to thank the Muqata Staff who has been tirelessly updating the blog and twitter feeds (and to our families who put up with this).

Thanks to all those who have sent heart-warming emails, expressing your support for Israel. We can be reached at muqata @ gmail . com

Wishing you all a good night from Israel,

11:43 PM While some Israeli news sites are reporting exact locations of where rockets land, the Muqata blog will continue to only provide approximate locations of actual rocket strikes. Palestinians are monitoring the Israeli websites to determine exactly where the rockets have landed, to help calibrate their next launches.

11:42 PM Reports of 3-4 explosions in Beer Sheva and surrounding areas.

11:31 PM Gazan Leader Issmael Haneeyeh announces on Hamas TV tonight: "The Palestinian Victory over Israel is closer than you think." Reminds me of the Iraqi Information Minister (AKA 'Baghdad Bob'). [Source, Haaretz in Hebrew]

11:19 PM Gazans report that IAF warplanes have been destroying targets in Gaza over the past hour, hitting rocket manufacturing buildings in Han Yunis, Jebaliya, and Beit Lahiya.

11:18 PM Palestinians throw molotov cocktail at Jewish motorist in Shomron/West Bank. The car caught fire and is going up in flames. The motorist managed to escape his car before it was consumed by fire.

Jameel adds: That could have been me -- I drove past that exact location an hour ago.

11:01 PM Cost Analysis. Since the war started 5 days ago, over 300 claims have been filed by Israelis for reparations from the Israeli government for damages caused by Palestinian Rockets. The Israel Tax Authority's initial estimate of damage is 35 Million Shekel (9.25 Million Dollars) for the first 5 days of fighting. Israel reimburses its citizens for damages caused by acts of war or terror. (sourced from YNET in Hebrew)

10:44 PMOngoing rockets landing in Netivot, Nachal Oz, Ashkelon, Sederot and Beer Sheva over the past hour. No reports of injuries -- the vast majority of the rockets landed in open areas.

8:57 PM Security sources claim that word of a ground attack on Friday is pure speculation.

8:55 PM Reports that IDF has hit 25 strategic targets in Gaza since this morning.

8:19 PM Channel 2 News reports that ground troops will go in on Friday. 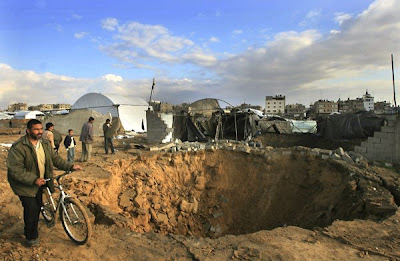 7:13 PM Rockets land in fields. No damage, no injuries

7:04 PM Gaza war goes global. Arabs shoot Israelis in a Denmark shopping mall -2 wounded. Most reports are indicating that the shooters were Palestinians.

6:47 PM IDF spokesman announces that the Gazan Mosque which was attacked today was also used as a launching site for rockets against Israel. 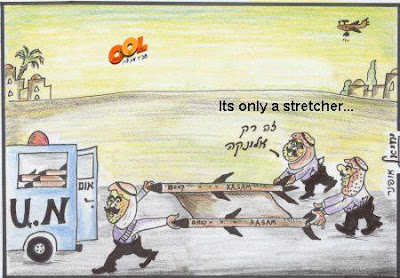 6:22 PM Rockets hit Ashkelon, no reports of damage or injuries 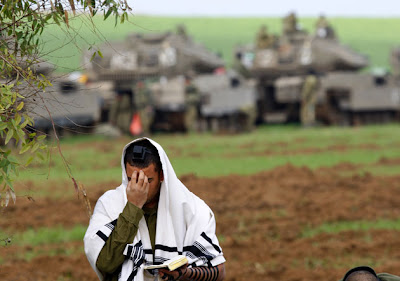 5:42 PM Reports that IAF jets bomb a Gaza Mosque. Reports of wounded. The mosque was used for storing Rockets to be used against Israel.

5:30 PM Watch this short 15 second video clip. 15 seconds is all you have from the start of the "Code Red" or air raid siren if you're in the 10 kilometer zone around Gaza...to run to a bomb shelter.

(petition if you want, is here.)
5:23 PM Jameel's updated map (In English) of the different danger zones around Gaza. 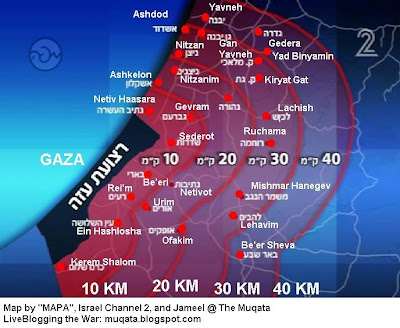 5:05PM Israeli family shot at by Palestinian in Denmark. Reports of 1-2 injured.

4:50PM In a surprising turn of events, major Pro-Israel protest at Tel-Aviv University, not known for its nationalist sympathies.

4:41PM Rockets fired in the direction of Ashkelon.

4:37 PM Unconfirmed rumors that Israel is giving large rewards to Gaza residents that give information that leads to the assassination of Hamas commanders.

4:29 PM Rocket lands in open areas in the Eshkol region.

4:23 PM Yuval Diskin, head of the G.S.S.(Shabak) claims Hamas terrorists are dressing up as doctors.

4:15 PM Reports coming in that Hamas is ready to hear options for a cease fire.

3:41PM Head of Egyptian Intelligence supported the operation in Gaza as a way to get Hamas out and "end the suffering in Gaza".

3:32 PM Arabs throwing rocks on the 443 road near the Makkabim Junction

Mada (Magen David Adom) has raised its alert level countrywide. This is the first time ever in the history of the country.

2:01 PM Jerusalem Post has publicized that one of the rockets earlier today hit Route 6. (On a lighter note, Hamas may go bankrupt once Derech Eretz starts fining them for littering on their highway).

1:34 PM Schools in Gaza area closed tomorrow also, most likely for the rest of the week.

1:25PM BREAKING Rockets landing in Israel are of Chinese manufacture, transported by Iran, via Egypt/Sinai through tunnels under the Rafiach crossing into Gaza. (Confirmed by Army spokesman)
Additionally rockets are packed with ball bearings that spread up to 100M from rocket strike.

12:35PM The Security forces are claiming they have totally destroyed all the laboratories for the construction of rockets.

12:34 PM Rockets and mortar fire over Sha'ar HaNegev and Sderot, also to the North of the Strip.

12:27 PM Reports that Hezbollah is trying to get larger longer range missiles to Gaza. The Air Force has succeeded in destroying some in tunnels under Rafiach.

12:09 PM Reports of rockets over Ofakim.

12:05 PM Head of General Security Services (ShaBaK) states that Hamas terrorists are hiding in hospitals in Gaza, a clear violation of the Geneva convention.

11:57 AM Some analysis of the situation:

11:55 AM Sirens in Western Negev Communities.

11:52 AM Rockets land in Western Negev area and Sederot.

11:49 AM IDF reports that Palestinians have started firing their longer range missiles from within heavily populated areas in Gaza, making it more challenging for IAF helicopters to hit them. Gedera area gets hit by Grad missile. No reports of injuries.

11:37 AM Reports of rocket fire over Ofakim.

11:32 AM President Peres was in Ashkelon at the time of rocket hits, spent it in one of the bunkers in the city.

11:20 AM We reported yesterday about the pet dog of a firefighter wounded in a rocket attack in Sderot. Unfortunately the dog has died.


11:15 AM Pictures of the roof of high school hit by Grad/Katyusha rocket. The class room was empty due to school cancellation. 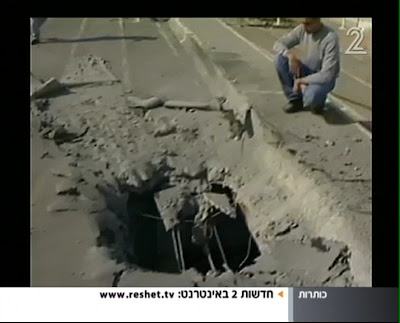 11:13 AM Two women being treated for shock in Ashkelon.

11:04 AM A second wounded individual in Ashkelon. Another rocket lands in area.

11:02 AM Unconfirmed reports of rocket near Gedera.

11:01 AM Reports of rocket landing in Yavneh. Update: Mayor of Yavneh denies this.

10:53 AM Any discussion of a cease fire or break is baseless. (Army sources)

10:51 AM Another explosion heard near Ashkelon.

10:47AM One woman injured lightly in Ashkelon. 3 rockets.

10:45 AM Under pouring rain, Sirens in Sderot and Ashkelon.

10:33 AM Sirens in Ashkelon. 8 people treated for shock in Be'er Sheva.

10:16 AM Fire breaks out from rocket hit on hotel in Be'er Sheva. No injuries. UPDATE: The fire unrelated to rocket.

10:13 AM 40 Hamas sites hit over night in Gaza. Operations against the tunnel network under the Philadelphia route.

10:09 AM Grad/Katyusha lands in Be'er Sheva, no report of injuries.

9:56 AM Problems with sirens in Be'er Sheva.

9:50 AM 1 of the Grad/Katyusha rockets in Be'er Sheva exploded in an empty classroom.

9:49 AM Office of Ismail Haniyah hit by Air Force.

9:46 AM Barrage of rockets over Be'er Sheva, reports of 4 rockets falling in the city. Also Chof Ashkelon and Eshkol.

9:40 AM A rocket that fell earlier in the Eshkol region caused damaged to cars in the area, no injuries.

9:33 AM 3 Rockets land in and around Ofakim. Sirens in Yavneh.

9:30 AM Alarms in Ofakim and Be'er Sheva. At least one rocket landed in Ofakim, no reports of injuries.

7:17 AM Intenationl Children's Welfare Organization "UNICEF" issues statement of concern for children in Gaza, yet blatently ignores the situation for Israeli children (how about the Hamas rocket attack on a kindergarten in Beer Sheva yesterday?)

Its disappointing that they share no concern for the impact of the current violence in Southern Israel on children. (UNICEF)

6:04 AM (IsraelNN.com) Classes in Be'er Sheva, nearby Kibbutz Hatzerim and at Ben Gurion University have been cancelled for Wednesday following Tuesday night's Grad Katyusha attacks in the Negev capital.

5:43 AM A quiet night in Israel, but not so much in Gaza. Air Force and Navy units hit multiple targets throughout the Gaza Strip. Reports of hits on houses of Hamas leaders, government buildings and the Gaza Port. Olmert rejects any chance for a cease fire at this point.

Sadly, the war was lost before it even started

Fabulous blogging as usual. I truly appreciate your efforts from this side of the world - I tend to keep you guys open all day long and refresh as I come and go...

Re: Unicef, if you check their website, it doesn't mention Israel - only the occupied Palestinian Territories... No wonder.

Oh COURSE Hamas is ready to talk cease fire. Just like Hizbollah. If we stop now, they rearm and start all over again!

From your map, it looks like Beit Shemesh is already in range (even if it wasn't marked down on the map).

Thank you so much for all your work. May you be kept safe.

One question/request: are you able to give us any details/short links or other information on how Israeli Arabs are coping - whom are they supporting, and how? Are there any attacks on them, or vice versa?

When I was in Israel in August, we spent several hours in West Bartaa including time with the mayor there. I'm very interested to know how the Israeli Arab population, Muslim in particular, are reacting.

The Israeli Arab Population is siding with Hamas.

Ok, stop being so conservative. I think you can tell them exactly where every missile lands and if they want to go bombing it again, fine. We'll deal with it...

Let's see...one landed in Gaza PM Haniyeh's office, one landed in their main training offices, there was one on a mosque that was housing rockets. A bunch landed on trucks they were loading with rockets...I'm pretty sure some rockets landed near or on tunnels under the Rafiach crossing.

I'm sure there are plenty more great locations where we can help the Palestinians to focus. Come on...let's put our minds together folks!

Um - that's not exactly resounding evidence of support one way or the other of a significant number of folks - I'm assuming the article is referencing East J'lem Arabs? I don't know if I'd construe it as support for Hamas as much as condemnation for the continued violence - you don't need to be an E. J'lem Arab to feel that. What about in the Triangle?

stop acting asif u are the innocent people. U are exactely the opposit, u are cruel people with no humanitarian feelings what so ever. U are killing thousands of innocent palestinians with cold blood, and u are acting asif u feel sory for that dog that died in israeli home. Stop this lye, and stop this war,since palestine is not yours and it belongs to us, palestinians.Go out of our country and stop killing us.