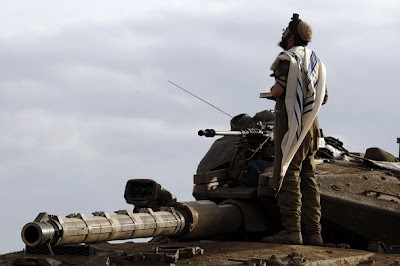 11:58 PM The rock throwing reported before on the Trans-Israel highway (Highway #6) occurred at the Eyal junction, near Kochav Yair (and Taibeh and Tirah). Two buses had their windshields smashed. 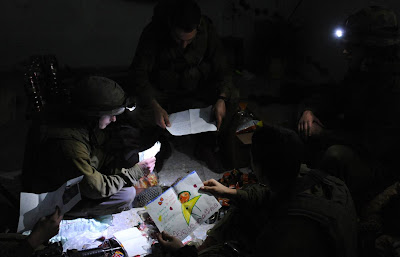 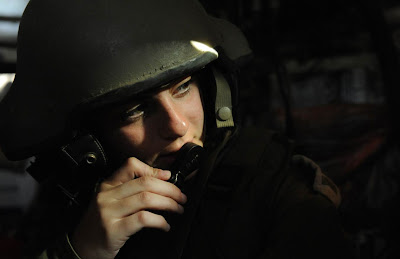 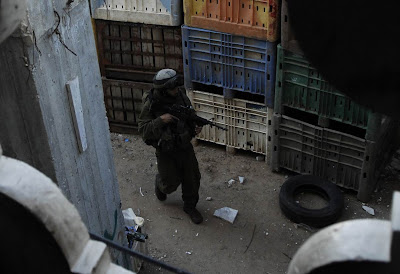 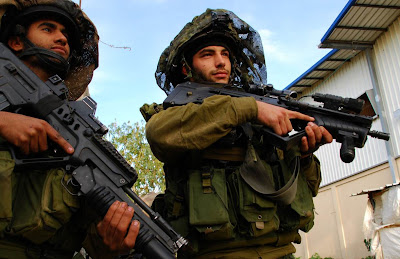 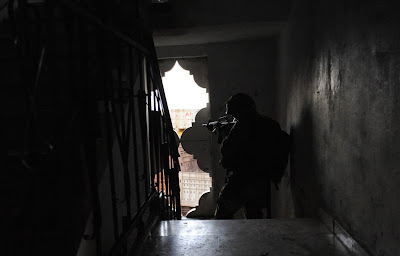 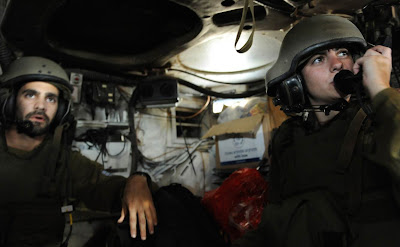 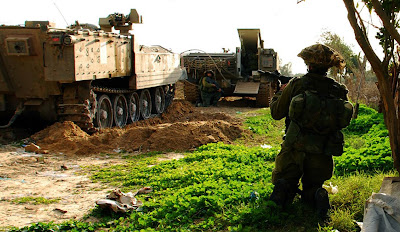 "Islamic Jihad' published Saturday evening photos of IDF weapons and equipment allegedly seized by its military wing. The group claims its members collected the loot following heavy exchanges of fire between gunmen and IDF troops barricaded in a house east of Khan Younis. 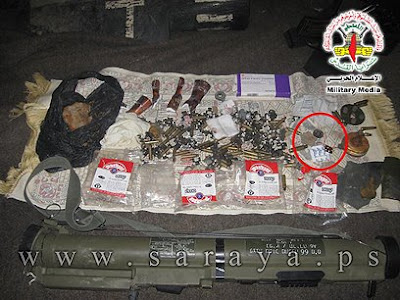 OK, so they have some empty hotdog wrappers, and a "LAW rocket" which you can't even tell from the photo from when it was taken.

On the other hand, the IDF claims they have wiped out whole Hamas battalions of terrorists.

"A senior IDF officer estimated Saturday that roughly 300 Hamas men have been killed since the army launched its ground incursion in the Gaza Strip. The military official said IDF troops were able to wipe out whole battalions belonging to the Gaza terror group. " (ynetnews)

For centuries, captured empty hotdog packages have been a clear sign of victory...

11:07 PM Lebanon allegedly arrests 7 involved with launching rockets against Israel the other day.

11:05 PM Explosion apparently connected to jets and the sound barrier.

10:41 PM Explosion was a direct hit on a 3-story "plastic factory" near the Nusirat refugee camp.

9:56 PM Very loud explosions heard coming from Gaza. No details yet on what was blown up.

9:14 PM IDF reporting that the senior rocket commander was killed because junior Hamas terrorists were too afraid to go outside to launch the misiles.

9:09 PM Offsite video: Kassam falling right next to a Christian fundraiser in Sderot.

8:35 PM "Arabs in Jerusalem on Saturday night threw rocks and firebombs at Israeli police in Arab neighborhoods outside the old city of Jerusalem. No injuries were reported among police. Arabs later set fire to trash bins and began rioting outside the old city. Police also arrested an Arab found to be transporting a large number of rocks, which he intended to distribute to fellow rioters to throw at police. "(INN)

8:33 PM Be'er Sheva's 11th and 12th grades will have school tomorrow -- classes in bomb shelters only.

The Cast-Lead counteroffensive will continue to accomplish the following 2 primary objectives:

He added that patience will be needed...

8:13 PM Israel is demanding that in an UN sponsored cease-fire, an international presence on the Egyptian side of Gaza mys be set up to prevent weapons and rocket smuggling into Gaza. Obviously the Egyptians haven't done a thing the past 3 years to seriously prevent the smuggling, and no international force in its right mind would go into Gaza to prevent smuggling -- and Chalad Mashal from Hamas already announced that Hamas would not allow such a thing (partially from NRG)

Egypt would be less than happy with such a move, because its a tacit admission that they aren't willing or able to stop the smuggling.

8:09 PM Channel 10 reports that Hamas claims they have shot 50 kilometer range rockets at Israel from the Gaza/Israel border, at Israel.

7:54 PM Without a doubt these are the best photo collections I've seen so far of the war coverage in Gaza. Here and Here (Boston Globe)

till 7:00 PM about 20 rockets feel in Israel. 2 people lightly-moderately wounded. Rockets landed in the usual places, including the farther Ashdod and Gan Yavneh/Gedera areas.

Over the past 24 hours, 12 IDF soldiers were lightly injured in the Cast-Lead operation.

Shavua tov to all of you manning the muqata. Looking forward to more of the best coverage on the web.

I've sent lots of friends over to you (from here and the US) who never even looked at a blog (even my own :( )

Thanks for keeping us all so informed.

As a American and as a Roman Catholic, I wish Godspeed to the IDF as they liberate humanity from the scourge of the nefarious votaries of the cult of Muhammad!

Your fight, is our fight and we stand shoulder to shoulder with our Israeli brothers and sisters!!!

Apparently Lebanon has arrested nearly ten people who were involved in the Katyushas that were fired in Nahariya and that kibbutz, last week.