With so many things still going on, I'll just leave an open thread, and post the way I did during the war...(so feel free to visit a few times during the day).

2:27 PM Everyone's reporting it, so here it is as well. Hamas terrorists tried to kidnap emergency rescue ambulances in Gaza during the recent Cast-Lead operation. Honestly, I don't know why people are surprised by this news -- a terror organization that uses children and civilians as human shields, shoots rockets from heavily populated areas, schools and mosques, and uses hospitals to hide in, how can anyone be surprised at Hamas trying to kidnap ambulances?

Don't get carried away that its only Hamas that tries this. Over the past 10 years, Fatah terrorists have routinely used Palestinian Red Crescent and UN ambualnces to trasport weapons, suicide bomb belts and terrorists through the West Bank.

1:47 PM Yet another "False Alarm" as Channel B radio announced that the Color Red rocket alert system was activated in Sderot about an hour ago (12:45 PM). At 1 PM, Ashkelon residents reported an Air Raid siren as well, along with a "boom".

The Cease Fire of the "False Alarm" Continues....

11:42 AM While Channel B radio announced before (11:18 AM) that the Air Raid siren in Ashkelon was a false alarm, there are reports that a mortar was fired at Ashkelon from Gaza, landing in Ashkelon's Southern Industrial Zone.

11:26 AM Despite the overwhelming professionalism of the cast-lead IDF operation, the following story is reassuring in that the soldier who "messed up" was not at the front...

NRG reports that the Main Gate (Shin Gimmel) of the IDF HomeFront command base near Ramle was locked as usual this past Friday, yet the soldier responsible for guarding the gate put the key to the gate...on the collar of a cat.

When many soldiers in trucks, buses and cars tried to leave to get home for Shabbat and the weekend, the gaurd searched for the cat, but could not find it. Getting slightly panicked, the gaurd frantically searched everywhere as mre and more angry soldiers showed up, wanting to get home already.

Finally, a truck driver broke the lock open and everyone went home. The solider was charged with negligence, but due to his previous good behaviour over the course of the war, he was only fined 100 NIS, the cost of replacing the lock.

The cat has still not been found.

11:18 AM Air Raid Sirens sound in Ashkelon...IDF Homefront command: "It was a false alarm" (Reshet Bet, Channel B radio) 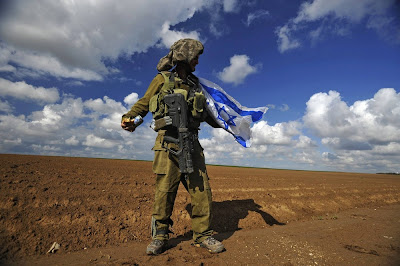 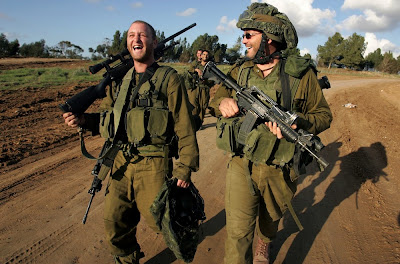 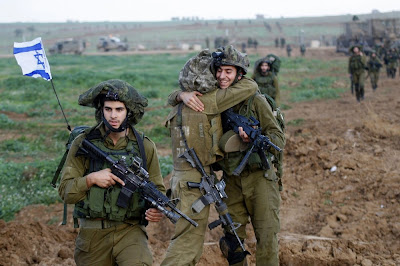 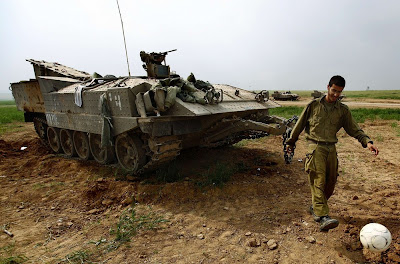 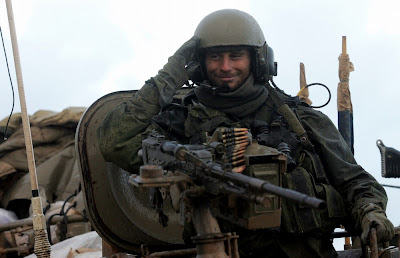 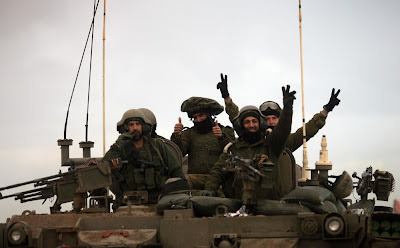 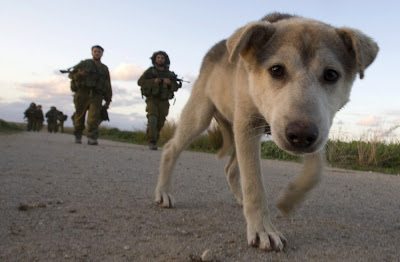 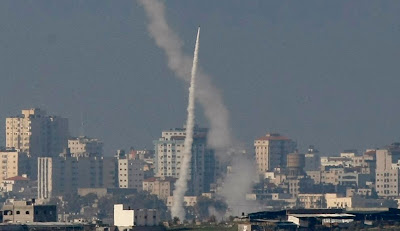 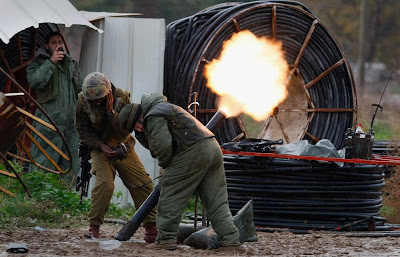 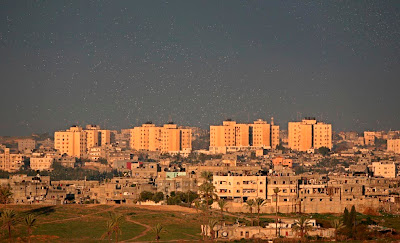 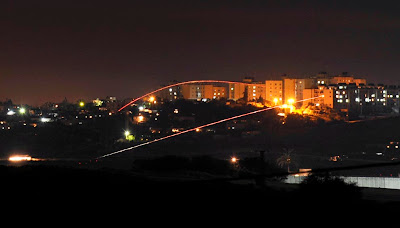 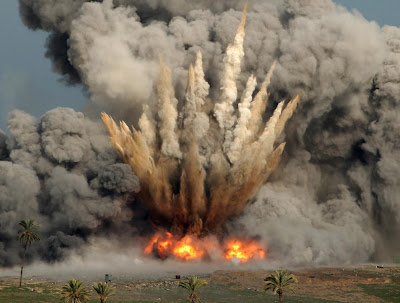 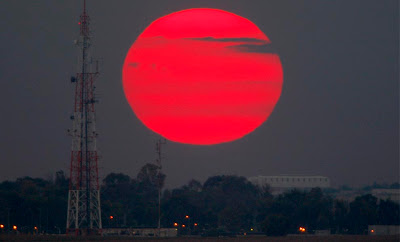 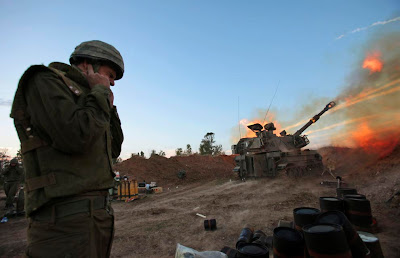 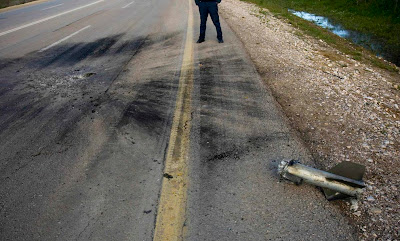 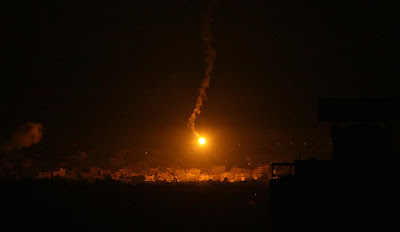 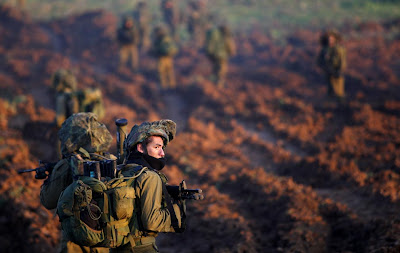 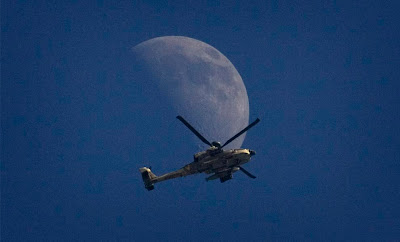 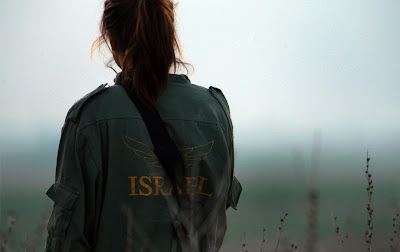 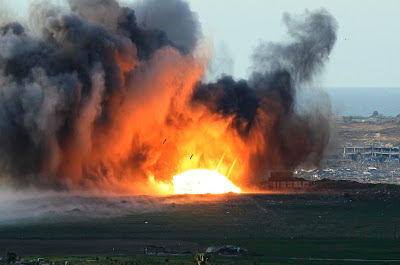 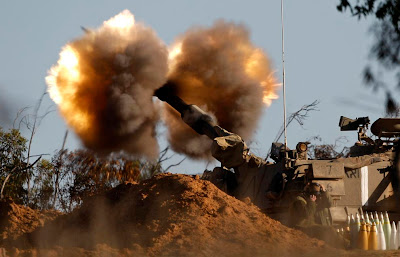 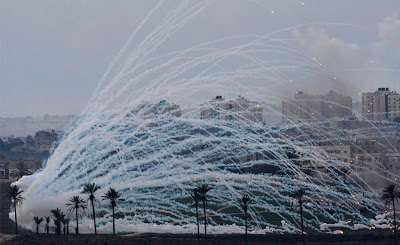 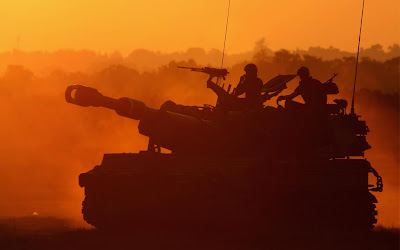 Credit to Reuters via rotter.

From the supposed "false alarm" at the base in Tel Nof (Palmachim) to the "false alarm" today in Ashkelon....isn't anyone else a bit skeptical? How come people keep reporting mortars, rockets, missiles...and then we hear from the IDF that they were all false alarms. Perhaps some of them....but all of them? I don't mean to be a conspiracy nut, but something tells me that we're not being told everything. Anyone else?

No-one is ever told everything, not in Israel not anywhere else!

Thank you for your blog, it is so awesome and is definitely the authoritative source for news in Israel and particular during the war against Islamo Fascism in Gaza!