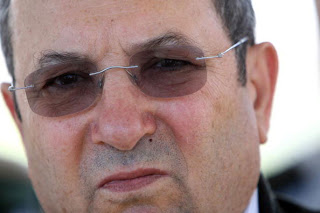 Dropping a political bombshell, Labour Party Head Ehud Barak announced Monday morning that he and 4 others from the Labour party intended to split from Labour, and would create a new party -- tentatively named, "Atzmaut" (Independence).

The background for such a move is very clear. For months left-leaning MKs in the Labour party have been castigating Barak for not bolting from the government, due to "a lack of positive movement" regarding negotiations with the Palestinian Authority. Barak holds his position dearly, fully knowing that being Defense Minister in a Netanyahu government is the best he can possibly hope for, and he therefore orchestrated his split from the Labour party.

Now, Barak can safely stay in his Defense Minister position without being criticized (from within his party) for remaining in the government.

Reports indicate that PM Netanyahu was fully aware of this plan, and he guaranteed that Barak and Deputy Defense Minister Matan Vilnai would keep their positions. Netanyahu doesn't even have to fire the remaining Labour government ministers (who criticize him daily), as they will be resigning on their own.

The government is now slightly smaller, yet has gained more stability.

The opposition will grow louder, but their effectiveness is still close to zero.

Final thoughts: I don't think the earthquake has finished...and we will probably see more political aftershocks in the coming days. Additional disenfranchised Labour MKs might also split and move to Kadima, furthering neutering the remains of the Labour party.

Ehud Barak's done a great job at destroying Jewish community outposts over the past 2 years, so it's only fitting to see him do another hatchet job on the Labour party.

But did you catch the standup humor that followed? Livni foresees the breakup of Netanyahu's government, because of "political decay and absence of a path".

How come Bibi isn't getting credit for engineering this, when he passed the Mofaz law>? He effectivly split the party, where the ones who didn't want to join the Government couldn't vote against it either because they would not be able to run in the next election.

actually, he did a good job of stoppoing illegal settlements.