Over by JoeSettler, I wrote about the shameful inclusion of Saeb Erekat in a recent WUJS congress.

The subject of the conference was "delegitimization of Israel and BDS campaigns on campus" and finding a "creative strategy to combat Antisemitism".

I wondered how, "Moderate" PA Negotiator Saeb Erekat, qualified as a speaker when he himself had stated that "the Palestinian Authority will never recognize Israel as the Jewish state."

If WUJS had brought him in to display what type of battles these young Jews would be facing on campus it would be one thing, but instead he used the exact tactics that these young people need to learn to be fighting - and left them utterly confused as to what message belongs to the enemy's, how the enemy argues, and what they are to do about it - exactly what these kids have to be able to recognize and fight on campus.


I write this as it was brought to my attention Saeb Erekat's latest statements.

In the Guardian, Saeb Erekat writes that there will be no peace until Israel recognizes and accepts the "non-negotiable" Arab Refugee Right of Return for all Arabs and all their descendants - and not into "Palestine", but rather, into what's left of Israel that the PA doesn't occupy.

The entire article is a delegitimization attack against Israel.

But forget about that.

Saeb Erekat is openly calling for the destruction of Israel by overrunning it with Arab refugee and their descendents.

And he wrote this 2 weeks before the WUJS conference.

I can only hope that some of the Jewish youngsters that heard Erekat's attacks on Israel will be smart enough to see it for what it is.

As for the rest, I hope they at least understand that the WUJS conference was a complete failure, even if they left it too confused to fight delegitimization against Israel - but unfortunately as seen from their comments in the JPost, that would not seem to have been the case. 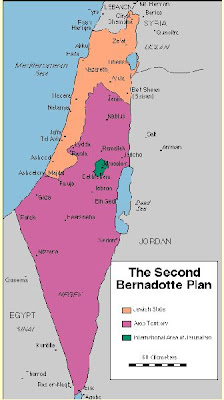 His plan allowed for 2 years of Jewish immigration to the new (further reduced) Jewish state, at which point, no more would be allowed to meet Arab demands.

Wow look at that Bet Shemesh really is in the occupied territories....

JoeSettler: If you weren't such a radical, maybe you would wake up and realize that Sa'eb IS a moderate, and Israel's best chance for a peace partner.

I'm glad we all understand the definition of "moderate".

This coming from the same people that also say Israel does not cooperate when it comes to peace talks. This article is just another taste of what other leading terrorist officials have been saying about Israel.

If the Jews were really extremists, they would have expelled all the Arabs after the Six Day War and there would be no talk of a Palestinian state today.

Who talks of the Sudeten Germans today? Israel didn't have someone with the conviction of Eduard Benes to protect the country from future Arab irredentism.