Here at the Muqata, we've haven't hid our disgust at the state of dictatorships that permeate the Arab world such as in Egypt, Jordan and the Palestinian Authority.

We haven't hid our hopes that the Arab people would rise up and replace these tyrannies with true democracies.

We've called for the overthrow of these dictatorial states when we wrote,

"we share in your dream of breaking free from the shackles of your little dictator and his occupation government".

We've demanded freedom (and freedom of speech) for Egyptian bloggers imprisoned by the Egyptian regime.

We helped publicize the Egyptian government's crimes against Humanity.


But in the same vein we wrote a serious analysis when we raised the question as to which would be better, a dictatorship that won't attack Israel, or another Islamic state that will?

Years ago we were already discussing what would happen after Mubarak exits the stage.

The less practical Islamists are poised for a takeover of Egypt.

And it was this past summer where we talked about the upcoming coup against Mubarak's government.

And as we wrote the other day, the problem in Egypt, like the other Arab states is that democracy is not likely to take over, as much as we'd like it to.

Elbaradai is also personally responsible for Iran's unhindered progress in their goal to obtain nuclear weapons and commit genocide against the Jewish people.

In short, an Elbaradai/Muslim Brotherhood government would mean another Hamastan, but an Islamic state with the largest army and the second largest number of F-16s in the Middle East. 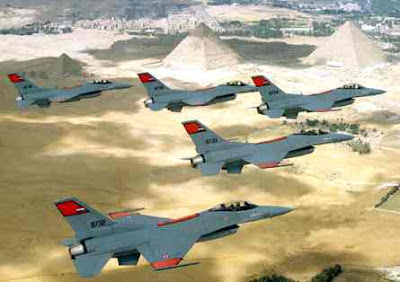 The other likely alternative is that the Egyptian military takes over. A more stable situation for Israel, but still a ticking time bomb on the inside.


It comes down to this. There is no tradition for democracy in the Arab world, and I'm having difficulty envisioning it flourishing in Egypt. I see the Islamists taking over - through the facade of democracy.


But most importantly, this should be a serious warning bell for all of us in Israel.

The Israeli Left eagerly supports dictators like Abu Mazen and Yasser Arafat. They run weekly protests against Israel, but yet not a single one demanding elections or democracy in the Palestinian Authority. (Talk about hypocrites).

So while the Left and the West pressure Israel to make peace with the dictator Abu Mazen no one is considering the consequences.

Abu Mazen is far weaker than Mubarak. It is only a matter of time before he is overthrown by Hamas (not democracy).

And what happens the next day?

Israel has given over control of more of the Land of Israel to our Islamic enemies (instead of our dictatorial enemies). They will have access to all the tanks and missiles that Saeb Erekat said he plans to bring in.


Watching what is going on in the Arab world, can anyway honestly say this 'peace process' with the current regimes in place, sounds like a smart long-term idea?

yah, i know...watching this is like watching a horror movie in slow motion....it's starting to happen in jordan as well...and we saw what happened in Jaffa this weekend. this is.....lo tov.....

A point you missed Joe is that with the Islamists taking over and instability reigning in all our neighboring countries, Israel will need to hold on to its territories more than ever - in one undivided piece.

A very important point too.

Peace is temporary. Land is forever.

We're certainly going to find that out soon enough.