At a non-violent protest...

On Friday, during the "non-violent" Arab protest in the City of David (aka Shiloach, Silwan), Arab terrorists threw Molotov Cocktails, one of which hit a policeman dead on. 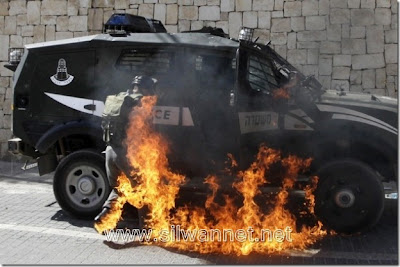 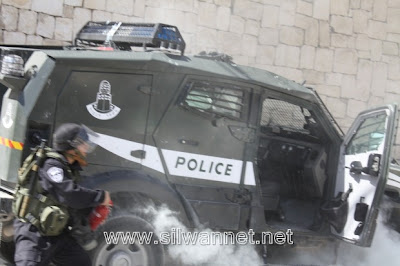 The policeman suffered light burns, but received treatment and will be alright.

As far as I know, the Arab terrorists were not shot and killed.

I can't really say I feel bad for the police.

While I'm sure that particular policeman has nothing to do with the abuse to regular Israeli civilians, the police as a whole seem to be corrupt or at the very least extremely abusive. I can't feel sorry to see them burn.

Maybe I'm ignorant on the issue though and need someone to better explain to me the situation in Israel.

I heard that this particular policeman has never assaulted any settler and is a good cop.

Nice article, thanks for the information.

I don't know anything about the cop, but when we got stoned on Shabbat in Abu Tor (twice) this past weekend, the police actually came down and arrested the owner of the house used by the stonethrowers. That has never happened before - somehow I think that they are fed up with the arabs (due to the Friday protests and esp. due to the mem-pey who was burned) and are therefore starting to clamp down.