2010 began with the afterglow of the underwear bomber. The government through the TSA implemented far more intrusive and tedious countermeasures in their ever failing effort to block terrorists from smuggling weapons and bombs onto the planes.

Far more passengers were randomly selected for questionings before boarding, extending the boarding time for all by an additional hour on average.

While new legislation required that the Full Body Scanner be deployed at all airports, implementation took time, and subsequently, full body pat downs and random selection strip searches ultimately reached a level of 10% of all passengers – adding an 2 hours for boarding at airports not up to legislative spec, and a certain amount of expected (but acceptable) annoyance from passengers.

But clearly the most intrusive and failed measure was the introduction of the Full Body Scanner at all airports.

The public was initially accepting of the scanner, understanding the need to trade a certain amount of privacy for security.

But even as the first “Celebrity Scans” were leaked onto the internet (understandably Angelina Jolie and ironically Arnold Schwarzenegger) the public took it in stride, meanwhile searches for “Celebrity Scans” became the number one search term on Bing and Google. 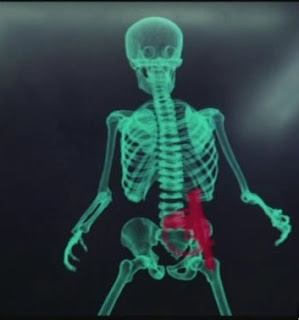 Successful bombing attempts at the beginning of 2010 became non-existent.

This success came to a quick end after a quick spate of successful bombing on flights that specifically originated from airports where Full Body Scanners were fully deployed.

In what could only be described as a panic, airlines began to introduce more aggravating and invasive measures on flights.

Monitoring the time allowed in the bathroom, no standing at all during the flights except to the bathroom, and then only with a flight attendant escort, as well as openly armed guards on flights became the norm.

What nearly caused a passenger revolt was when airlines, in desperation, forbade any carry ons at all, particularly laptops, cellphones, and ipods.

It was only when a sixth bombing attempt failed, due to three alert passengers noting the strange behavior on the part of the other two passengers (Barak Mohammed Jibril and Ahmed Hussein Said) on their international flight, and subsequently physically overcoming them with the help of the 10 in flight air marshals, that the government learned how the terrorists were by-passing the Full Body Scanner.

The terrorists were boarding in pairs each carrying half of an explosive liquid compound, that when mixed caused the massive explosions in-flight.

In light of this discovery, 2011 promises to be a safe year for flying, as the TSA introduces new and improved measures to guarantee flight safety. 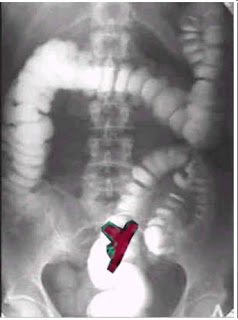 Barium enemas, MRIs, and CAT scans will now be required for all passengers before boarding. Full body cavity searches will be an allowed alternative for those who choose to not use the automated system.

To help cover the cost of this deployment, the government is legislating the security cost into the latest revision of the Health Reform bill.

All scans will be automatically downloaded to your insurance company who will help defray the costs, and in addition, the insurance companies will be able to preemptively use the scans to determine the level of coverage they will provide you and any additional premiums you will need to pay for current or potential illnesses they subsequently uncover.

All in all, a win-win situation for everyone, and without having to emulate the racist Israeli system of passenger profiling.

Get 2 phones for the price of 1 (and free calls too) with Talk'n'Save.

I had a body scan flying Amsterdam to Gatwick, was 100% ok.

The rest is the usual (press)hystery

Ironically, if sports stadiums and concert promoters were to require the full body scans "to protect the safety of our fans" before entry there would be less of a commotion then there is about using the scans at airports.

Ironic too that in a world where "letting it all hang out" is par for the course, where nudity and semi-nudity don't even raise eyebrows anymore, people should be angry about scans that show the shape of the body.

ProfK: it shows a 'naked' body et al, not the shape! The scan instantly removes your clothing, which the Torah says is your

I hope Obamacare pays for all this nonsense (instead of afixing a 'travel security tax' on everyone!
:-) ;-)

and what was he thinking? what would he do with those 72?

GREAT POST!!
Of course, if this is taken to it's logical Obamical conclusion, all hopsitals and airports could be combined. The long lines we expect at the airports after the US kills healthcare would be the norm, and it would have "little psychological impact" on those waiting to get care. I can see it now:
Proctology: internal care & body cavity search
Podiatry: Remove shoes, check for bombs & bunions
Rheumatology: will relieve druggies joints
Cardiology: Because your blood will boil from standing on line
Gastroenterology: To locate and diffuse potential noxious expulsions during air travel
Radiology: To give you X-rays, CT scans, MRIs & full body scans
And finally
Oncology: Because by the time you get all of the tests, you’ll be so full of radiation that you’ll be glowing.

Oh, gosh! Thanks for the belly laugh, JoeSettler! :)

Does Doubletapper know you've stolen his personal scan pictures for this post?

This a very good advice to prevent terrorist attach, i think that all airports must have this technology because it is important for the people security.