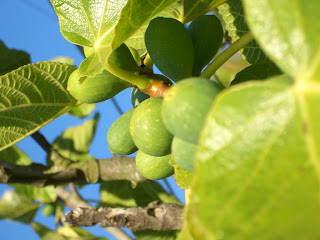 R' Shmuel Eliyahu, the Town Rabbi of Tzfat has announced a halakhic ruling, forbidding the eating of dried fruits, imported from Turkey.
As Tu BiShvat approaches this coming Shabbat, many people traditionally eat from the 7 fruits of Eretz Yisrael, and Turkey is a key source of dried fruit in Israel.

R' Eliyahu said that since Turkey is a country that embarrasses us and is "at war" with Israel, we should not eat fruit from there. He added that one should try to eat fruit grown in Eretz Yisrael, especially for Tu BiShvat. (source; ynet)

If you're looking for an alternative, its not too late to contact the following:

Twenty-six year old Michael Edri is a former resident of Netzer Hazani, one of the Jewish communities in Gaza that was evacuated in the Disengagement. He and his family have been struggling to rebuild and get settled ever since their community was destroyed.

In effort to help his family ‘get back on their feet’, Edri has launched a new business called “Tuv HaAretz” (Goodness of the Land), which sells packages of dried fruits and nuts that are grown and packed in Israel. All of the products are organically-treated and bug-free.

Edri’s business is still in its beginning stages, but Tu B’Shvat sales are putting him on the map. The only company that uses Israel-based produce, Tuv Ha’Aretz buys from Israeli farmers in Tzfat, the Galilee and the Negev. Edri also employs other Gush Katif evacuees to pack the fruits.

“I thought it was ironic that most of our fruits and nuts—products that come directly from the earth—are imported from abroad. Tu B’Shvat is about our connection to the Land of Israel; we should benefit from Israel’s bounty,” says Edri.

Edri, now married with a child, lives close to his family in the caravan community of Ein Tzurim. He was able to establish his business with significant guidance and assistance from JobKatif, the non-profit organization that offers employment services and support to the former residents of Gush Katif and Northern Samaria. JobKatif has been so successful in helping the evacuees that the Israeli government recently agreed to grant over $4.5 million to continue their work, contingent on the organization raising the equal funds.

“Now is the time to help us help them,” says Judy Lowy, Executive Director of JobKatif. Every shekel we raise is now worth double since the government is now partnering with us. We need more success stories like Michael.”

which hechsher? where to buy it in jerusalem?

Anonymous: Call the number for the info!

Thank you for this, Jameel--I just sent an email to my kids in Israel to order from them. I wouldn't have known it if you hadn't written about it.

And if you are living in the US, be aware that here too many dried fruits are from outside.

Dates, raisins, almonds, dried apricots and others are often imported from Eastern Mediterranean countries where being American or Jewish isn't healthy.

Thanks a lot for the post. I love to read articles which are about medicine or health related topics. They keep me up to date with the current issues. I hope to read more from you!