Top 6 out of 8 IDF Golani Commanders are Religious 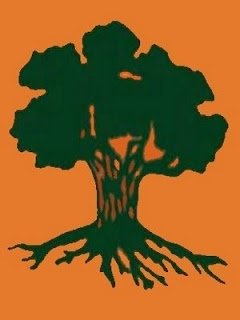 Yisrael Hayom's newspaper (via rotter) reported that as of this summer, 6 out of the top 8 commanding officers in the IDF Golani Brigade will be religious soldiers.

Golani is far from being the only Brigade with religious senior commanding officers -- 4 of the senior Kfir Brigade commanders are religious, the Shaked battalion commander in Givati, and many more.

The newspaper asked: Is this a certificate of merit to the religious sector, or a badge of shame to the secular sector?

This is good fodder to PM Netanyahu before he continues on with his nonsense.

Rabbi Haim Druckamn on Wednesday told Eyal Gabai, director-general of the Prime Minister's Office, that he opposes any insubordination in the IDF.

However, Druckman, who heads the Or Etzion Yeshiva and the Union of Hesder Yeshivot, reportedly went on to say that if a soldier could not follow an order for a halachic or moral reason, he had a right to say that he cannot follow it.

Gabai praised Druckman for speaking out against insubordination, and said that "insubordination of any kind is unthinkable and cannot be part of the legitimate discourse."

The rabbi went on to stress that he hoped there would be no need for insubordination of this kind.

"Of course I very much hope things will not come to this. Especially after the Gush Katif trauma, when it turns out that in retrospect, even those who supported it [the Gaza disengagement] believe that it brought no good and only added to our troubles. I hope we will have the brains not to repeat such moves," Druckman told Olam Katan.

Druckman noted that Jewish law and military commands do not contradict each other, since the IDF recognizes the fact that a religious soldier cannot be ordered to do anything that is against halacha. (JPost)

As an former student of Ateret Cohanim, I say, W00t!