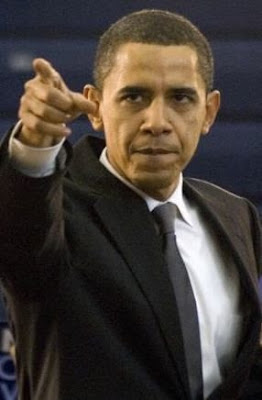 President Obama: "And on the Israeli front — although the Israelis, I think, after a lot of time showed a willingness to make some modifications in their policies, they still found it very hard to move with any bold gestures." (Time Magazine, Jan 22, 2010)

Could it be that President Obama isn't bold enough to simply point at the real reason there's no peace in the Middle East?

If the Disengagement wasn't "bold enough", resulting in rockets around the clock hitting southern Israel, and then when we retaliated in self-defense we were Goldstoned and condemned by the entire planet...I think we don't need to be any bolder.

Amidst all the news about Haiti.... Jump right into that hot water Omalek...