Cheering from the Sidelines

Gaza Strip: This past Friday, al-Qaeda and Hamas terrorists abandoned peaceful coexistance, resorted to violence and killed each other in a bloody shootout, leaving 24 dead.

Not that the world could care less that children and non-combatants were killed as collateral damage -- that's only the case if Israel is involved. When Islamic terrorists kill children, its not even worthy of a yawn.

What is fascinating though, is that Palestinian Fatah leader Mohammad Dahlan seems to be one of the Al Qaida supporters, perhaps invoking the phrase, "the enemy of my enemy is my friend?"

Palestinian sources reported Sunday that the Hamas government in Gaza revealed documents proving that al-Qaeda loyalists who clashed with the Islamist group's security forces over the weekend were backed by a number of Arab countries and by elements associated with senior Fatah member Mohammed Dahlan.

The fighting erupted Friday when Hamas forces surrounded a mosque in the southern Gaza town of Rafah on the Egypt border where about 100 members of Jund Ansar Allah, or the Soldiers of the Companions of God, were holed up. The violence left 24 people dead, including Jund Ansar Allah leader Abdel-Latif Moussa. ynetnews

Here's to wishing both sides much success.

Photos of the carnage via rotter.

Mosque where the shoot out took place. 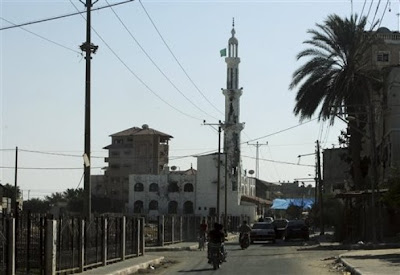 Adjacent buildings to the fighting. 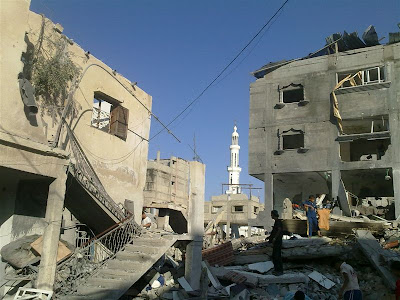 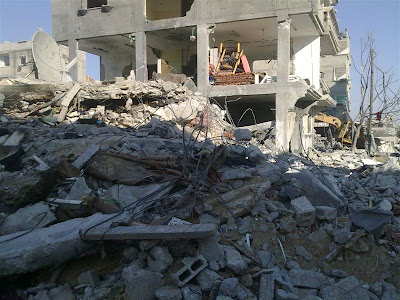 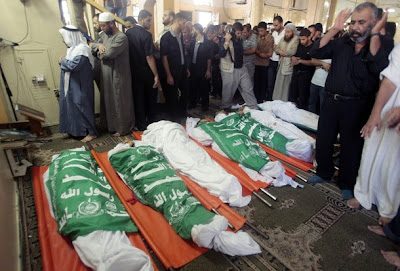 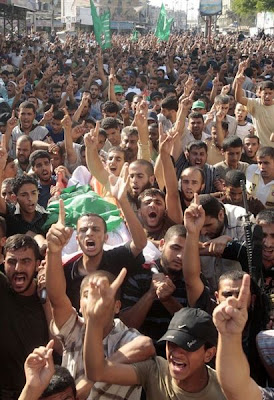 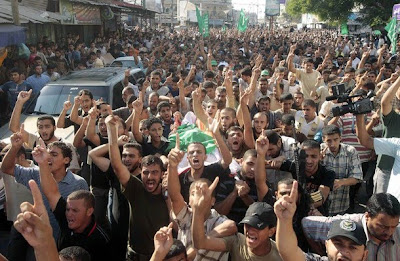 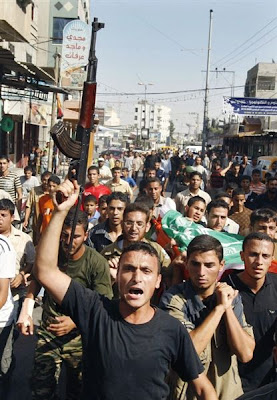 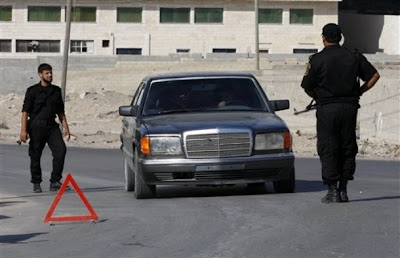 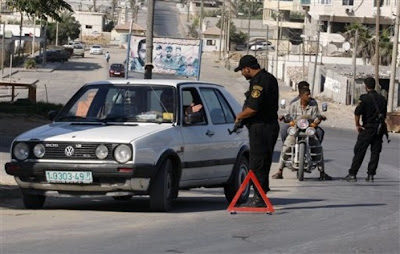 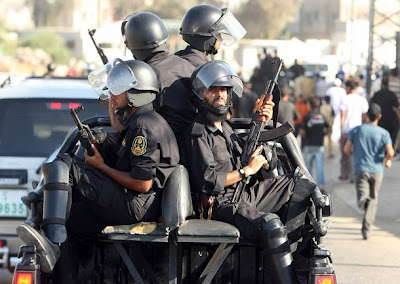 But you have no pictures of the 'poor starving gazans' the media likes to talk about so much.

This is one of those wars I hope never ends. Better they kill each other than they kill Jews!

Those people sure do look ANGRY! And that's not even at us!

Not that the world could care less that children and non-combatants were killed as collateral damage -- that's only the case if Israel is involved.

Not to worry: The UN and the Red Cross will most certainly include these people killed by Hamas and al-Qaeda when they compile their next tallies of civilian deaths caused by Israel. Just like during the Cast Lead operation, when they included the Fatah people murdered by Hamas as civilians killed by Israel.

how could you call those guys terrorists? didn't you see those uniforms? very, very official-looking.