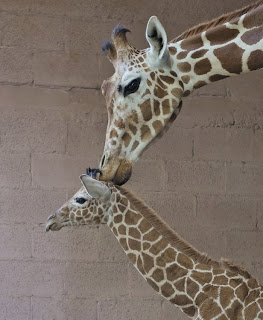 The baby giraffe is undergoing physical therapy and treatment because of a problem with it's leg.

Due to the leg problem, the baby is also having difficulty in nursing, so it has to be bottle fed. 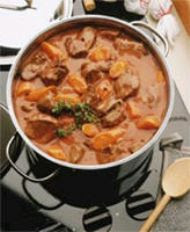 "The cholent that caused disaster: a family vacationing in the Catskills left a burning hot plate with a large pot of cholent on an unsafe place for Shabbos. On Shabbos morning, when the family's 18 months old baby played near the hot plate, she somehow found her way into the pot.

Several Hatzolah members who were staying at one of the Yeshivas in Swan Lake were rushed to the scene to treat the baby. They quickly evacuated her to the hospital. The baby sustained second degree burns to her whole body, however one of the Hatzolah members told 'Etrog' that she will be alright with Hashem's help. " (source)

3. Who says money has no smell?

Israel's Ben Gurion airport is now equipped with money smelling dogs who are helping fight the war on money laundering.

The specially trained dogs sniff out dollars (they can discern between dollars and shekels) and they have already helped catch over 1.5 million dollars (~7 million NIS) (source)

Glad to read about Daniella the Giraffe's healthy birth- cheery after the sad news about Abigail the Elephant at the Jerusalem Zoo.