The Burqa Ban and You

France has banned the Burqa.

I have mixed feeling about this. After all, what will women from Beit Shemesh be able to wear if they travel to France? 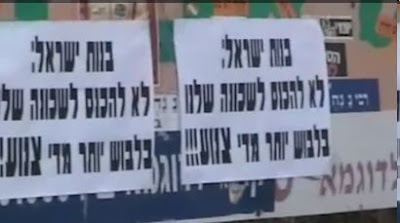 And what's next? Beards? Pais?

Shechita is already forbidden in Sweden, Switzerland, Norway and Iceland. And as of now, it looks like Holland is about to join that crowd.

You can argue that Jewish people shouldn't live in anti-Semitic Europe, but that doesn't change the fact that Jews do (for now).

But let's take a step back. When I was in the good ol' USA a short while back, a visit to the Statue of Liberty required that women had to take of their hats for the security inspection.

Religious freedom is being severely impinged upon in Europe. Security is one reason. Culture is another. Defending against encroaching anti-Democratic Islamic law a third. But Xenophobia is certainly playing its part.

Arguments can be made for and against - but either way, it's just a slippery slope down from here.

As Meir Kahane would say, our problem is that we can't make "havdala"- we can't distinguish. If France would say "Islam is a threat to French society. No more burqas. Judaism is not a threat. Kippot are OK." I would have no problem with that.

Thats ok, the Beit Shemash Burka's are not going to Europe for the beaches, so the full Burka remains an option.