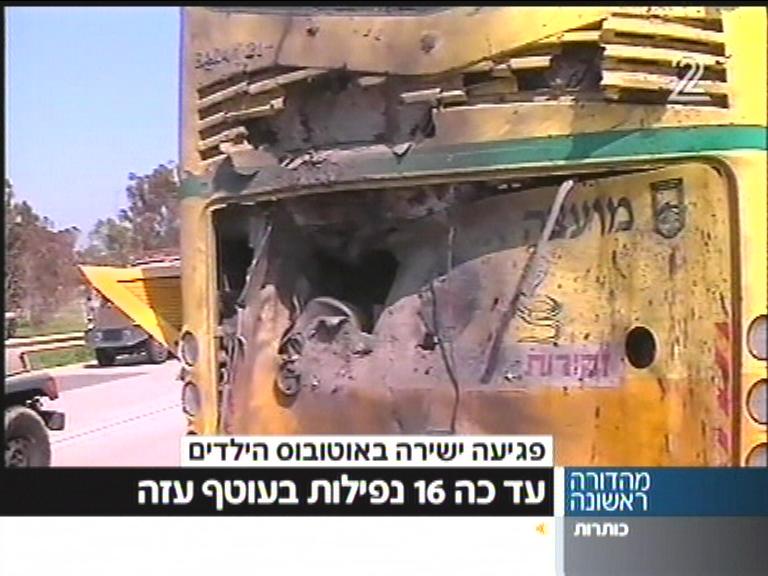 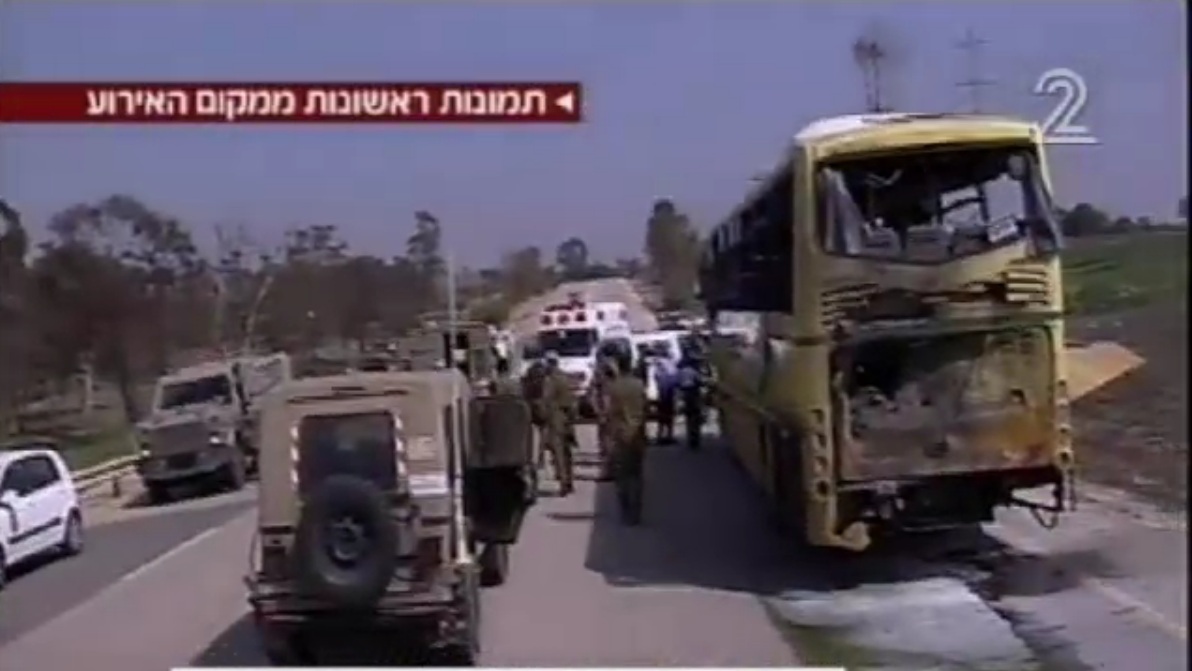 Attack took place an hour and half ago. The attack was directed against a regional council bus, a yellow school bus for children, clearly marked with signs that it was for transporting children.

The bus was hit by an anti tank missile. Two people only were on the bus, a driver and a 13 year old who were both wounded; the 13 year old was critically wounded, and the driver was moderately wounded.

We are witnessing ongoing attempt by Hamas over the past few weeks to hit Israeli civilians through many means.

You cant miss the fact that this is a school bus as it is clearly marked.

We are currently assessing the situation and the IDF is currently operating in the area.

Q: What hospital are they in?
A: Both in Saroka hospital in Be'er Sheva

Q: Who shot the missile?
A: The responsibility for the missile is that of Hamas which controls the Gaza strip

Like I said, why are the terrorist leaders allowed to live safe and comfortable lives while Jewish children are attacked by them.

Where is the Jewish outrage?

Of course if it was the kids of the Israeli elite in harm's way, they wouldn't be taking it lying down!

The rest of the press has been reporting the child as 16. Inaccurate information? Making him older to seem less like a child and more like an adult (i.e. combatant)?