Why the IDF doesn't win anymore

Why is it that the IDF doesn't seem to decisively win like it used to?

We have an army far superior to that of any of our enemies. Yet in our last few battles and wars, we seem to actually and actively be trying to not win. 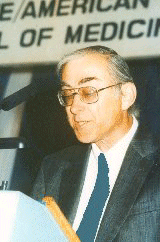 David Horovitz of the Jerusalem Post interviewed Professor Asa Kasher, the man who decides what is ethical for the IDF, and what isn't. Having read it, I now understand why the IDF refuses to win.

If only the man understood what is so totally unethical about the position he is taking.

Here are some relevant excerpts.

This applies even in our interactions with terrorists. I am respecting the terrorist’s dignity when I ask myself, “Do I have to kill him or can I stop him without killing him?”

I don't see the morality of letting a terrorist live. Certainly not in the State of Israel where he is likely to be released in a terrorist-hostage exchange and then return to terrorism and kill more people. This is both a highly immoral and short-sighted position he is taking. I'm just at the beginning of the article, and it clear to me this man must be a Leftist.

Two things: First, you decide what is more important in the given situation. And second, you do whatever you can so that the damage to the other side is as small as possible: Maximizing effective defense of the citizens; minimizing collateral damage.

I would propose that the reason the wars not only don't end decisively and in fact keep coming back to repeatedly haunt us is because the enemy citizens are not paying a high enough price in the war against us. There's no incentive for them to demand they stop, since they never lose.

Of course not, because no other country would put someone like this, with such a twisted ideology, in charge of military ethics. No other country wants an army incapable of decisively winning a war.

Where does this twisted ideology stem from?

But that the Palestinians have the right to be a people in their own state, in their territory somewhere between the river and the sea, goes without saying.

There we have it. Even if he didn't say it outright, I could tell from rest of the interview that he must be a Leftist from his warped worldview and ethics. But he proudly admits it outright.

There's plenty more in this interview that explains how this man prevents the IDF from winning, but you get the point.

If the IDF is to start winning again, the first thing it does is must free itself from the disturbed ideology this man has inflicted on it.

The guy is so clueless, he doesn't realize what "river to the sea" means.

I wonder what his farher הרב מ״מ כשר would think of him?

Is he a leftist or a clueless academic? Or maybe there's no difference between the 2?

Sorry Joe,
I'm no fan of Asa Kasher and he is a leftist but having read this particular piece, you've really taken his words out of context. Kasher came out very strongly in support of the IDF's actions in cast lead, as well as admitting that the IDF was wrong for putting its own troops in harm's way in Jenin during "homat magen" in an attempt to spare the lives of arab civilians. He even went so far as to defend the procedure of "nohal shachen" which was banned by the Israel supreme court. Yes, he states (as you quote) that if I can stop a terrorist without killing him, I should do so (without risking the lives of Israelis). That is perfectly legitimate. Would you really want to live somewhere where every soldier/policeman had a right to also be a judge and executioner?

He compares war to bank robbery which is a completely wrong comparison. A terrorist and a bank robber have very different goals and his ideology doesn't/can't differentiate between the two.

And soldiers are not policemen.

I don't want soldiers taking an extra seconds to decide it they should shoot to disarm a terrorist, or shoot to kill a terrorist (unless the terrorist is needed for information purposes to capture more terrorists).

He is admitting post-facto that it was a mistake to send the soldiers in the Jenin alley, but it was actually his philosophy that sent them in there in the first place.

Sorry. You've continued to insist in taking his words out of context and there's more of your interpretation of his views, seen through your viewpoint than his actual views. As a regular reader of the Muqata for many years, one of the things I appreciate about it (as opposed to other news sources) is the impeccable integrity of the blog. This is one of those few times I think you missed.

A Jew has the right to kill someone first who rises to kill them.

That's Jewish ethics of war and self-defense in the Talmud. The policy of Havlagah is neither Jewish nor moral.

As we saw at Joseph's Tomb today, Jewish moral scruples in the face of Arab savagery only results in more dead Jews.

But its not Asa Kasher who has to pay the price for the pagan ethics he slapped on the IDF.