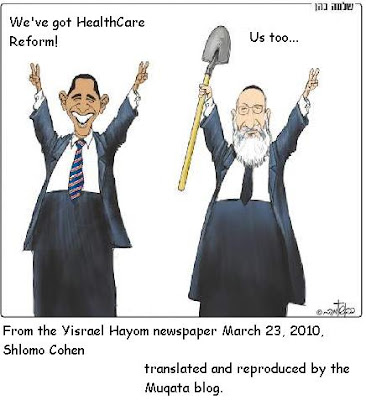 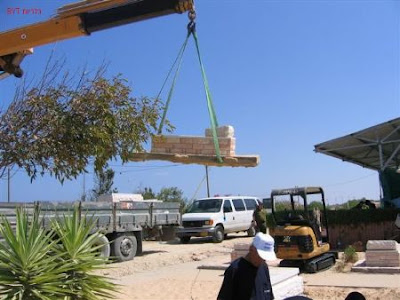 An IDF crane moves the tombstone from a Jewish grave in Gush Katif, prior to the Disengagement, when we didn't hear a single solitary word from the UTJ or MK Litzman.
Here are some differences between the moving of graves from Gush Katif before the Disengagement and the Ashkelon Barzilai Hospital's ER fiasco.

Gush Katif: The graves were definitely those of Jews.
Ashkelon ER: Its overwhelmingly likely that the graves are those of Roman pagans.

The photos below are all from the Disengagement era when Jewish graves were moved and the UTJ was silent. There was no issue of pikuach nefesh, no issue of 135 Million NIS at stake, and the UTJ didn't say a word. 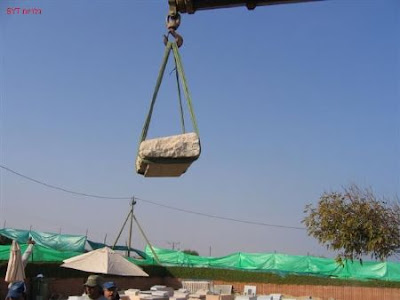 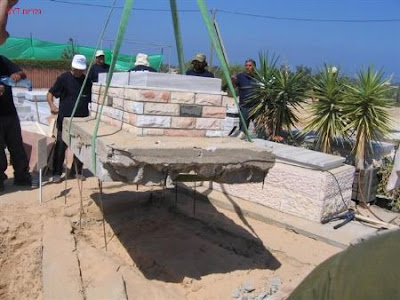 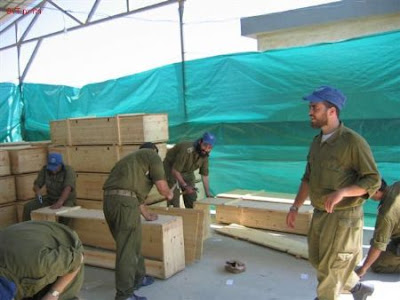 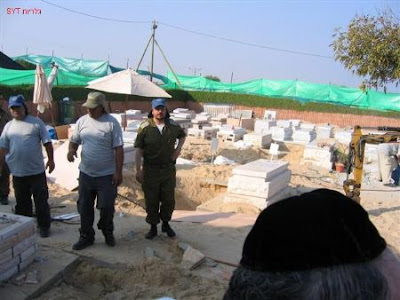 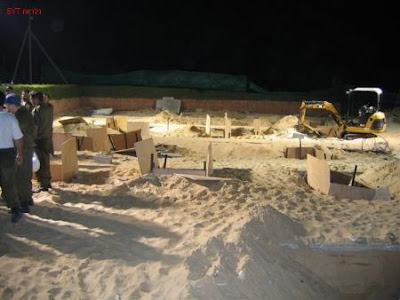 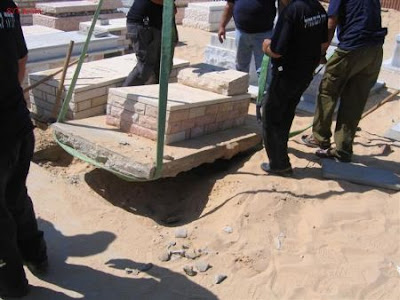 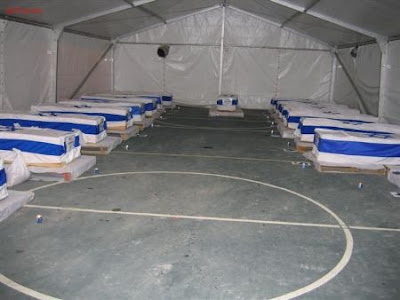 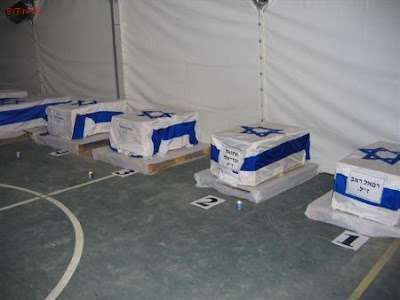 Its just silly. There is no halachic objection to moving graves. I have yet to hear one major rabbinical authority say it is absolutely prohibited to relocate the dead.

Anonymous: Why are you writing such stupidity? For the sake of expanding a city you can move a graveyard!

Look up תוספתא בבא בתרא א' יא'
and stop spouting such nonsense in the name of "halacha".

You care more about the dead than the living.

When Gush Katif graves were being moved, nobody stood to gain 135 Million Shekels by keeping them there.

Religious jews should be part of every party that makes sense, not just the "religious jew" party. Exactly for this reason.

Gee. And here I thought Israel was in the Middle East, not in Poland.

Gee. And I thought the halacha said graves could be moved. I must have confused you with another religion.

Graves can be moved, even in Poland.

Stop being an Am Haaretz.

Regarding the cartoon from Yisrael Hayom. On the Israeli side it's not Health Care Reform. It's Health Care "Orthodox".

Kvod Hamet (sanctity of the dead) and Chillul Hashem. How many secular Israelis are mocking the religious because of this? (As if the religious are a monolithic bloc)