Photo of the Day: Palestinians in Jerusalem

In case you had any doubts what the Palestinians think of themselves. 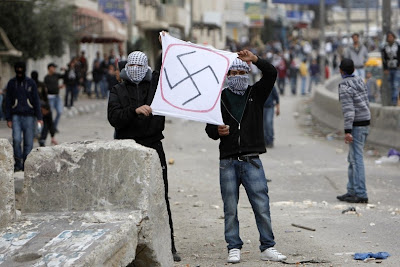 source
In this photo, Mohammad Amin al-Husayni the Grand Mufti of Jerusalem meets with Hitler in 1941. Al-Husayni, a supporter of Adolf Hitler and the Nazis, asked Hitler to back Arab independence and requested that Nazi Germany oppose, as part of the Pan-Arab struggle, the establishment of a Jewish national home. (wikipedia) 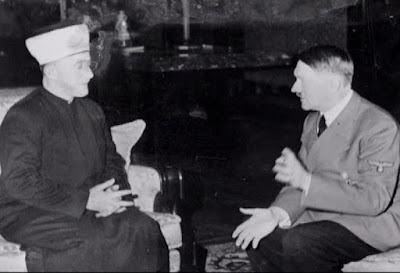