The Israel Antiquities Authority has just announced the discovery of yet another 2300-year-old stone quarry, used to produce the enormous stones used in Herod's reconstruction of the Second Temple. The quarry is located in Jerusalem's Beit Yisrael neighborhood.

This is the third such quarry found in Jerusalem in as many years -- the other two are in Sanhedria and Ramat Shlomo. 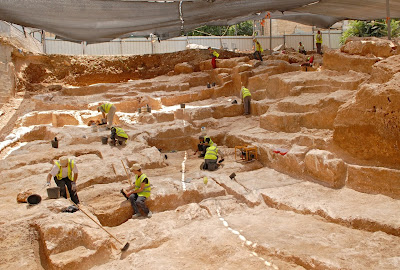 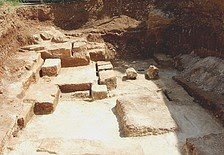 (It's sort of interesting that all three quarries are located in haredi neighborhoods. Not that I have any idea what significance that has...)

Thanks- I've visited those neighborhoods, and I've always wondered what they were.

"(It's sort of interesting that all three quarries are located in haredi neighborhoods. Not that I have any idea what significance that has...)"

The neighborhoods are all northwest of the Old City. Perhaps that was the most convenient place for quarries because then it would be downhill all the way to the destination.

And it so happens that nowadays haredim are concentrated in the northern neighborhoods of "West Jerusalem".

remember the line "those who sow their seed on the rocks"..

Sources of ammunition in preparation for Egged and women joggers.