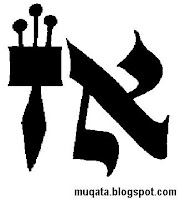 Israel's most wanted criminals flee to South America. Why one of the USA's Most Wanted Criminals wants to hide out in Israel is beyond me.

Could it be our world famous felafel?
I believe the most interesting part of the story is the revelation of Israel's National Immigration Authority's newly formed Oz enforcement unit.

This could be the answer behind my post from 2 years ago - Who are the Mysterious Graffiti Wizards of Oz?

A high-ranking white supremacist on the run from US federal authorities was arrested on Monday night in a south Tel Aviv hideout.

33-year-old Micky Louis Mayon, one of America's 100 Most Wanted criminals, and a member of the Ku Klux Klan, was arrested in a Florentine apartment by the National Immigration Authority's newly formed Oz enforcement unit.

Mayon is wanted in the US on charges of racist assaults, setting fire to vehicles belonging to federal agents, and a host of violence incidents.

The Oz unit was acting on intelligence relayed by Interpol, which informed authorities here that Mayon had entered Israel illegally.

He is said to have moved apartments often in order to evade police, but his efforts proved fruitless on Monday when a delicate operation by the Oz unit saw officers break into his hideout and arrest him.

Oz unit members have the powers of a police officer but can only use them in cases of illegal entry into the country.

Mayon was the subject of an American arrest operation in November 2007, but officers soon realized he had flown to Israel on a one-way ticket. Earlier that year, he reportedly fired his gun in the air repeatedly after being involved in an argument with an African-American. US authorities have described him as a dangerous fugitive.

Oz Unit head Tziki Sela said Mayon was surprised to be arrested, but cooperated with the officers. He has been transferred to a Holon jail facility, where he underwent an immigration hearing. He was then taken to an Israel Prison Authority jail facility. (JPost)

I haven't seen an article in Hebrew on this story, but I'm taking an educated guess that the Oz Police dept. is spelled with an ayin עוז, whereas the graffiti is with an aleph.

I found the explanation for the AZ graffiti at http://www.hashkafah.com/index.php?s=&showtopic=40291&view=findpost&p=868114

"It is apparently the initials of a local rabbi and teacher of
kabbalah and mysticism. His name is Avraham Zagdon, and some of his
students have taken it upon themselves to express their love of his
teachings....."

I wish God bless your week! Jesus will return very soon! Read the Holy Bible! Jesus Christ is the One Mediator between us, human, and God! Ask Jesus to come into your heart, repent of your sins and experience the true peace in your life! The peace that no one can steal! Only Jesus can save your soul! Jesus loves you!

I still don't understand why he came to Israel instead of a place like, say, Belarus.

In any case, during his stay in jail in Israel, I can only hope that his identity is not kept a secret and that he is put in general population - with everyone else. A pipe dream, I know.

This Micky story is a long story. I met him in a Tel Aviv hostel a while ago when I was looking for an apartment. I found friends there and came back for regular visits.

I never spoke with Micky but saw him as a quiet guy talking too much about his Christian believe. His father is an evangelical preacher.

He got arrested at a different hostel in Florentin because a "friend" had turned him in. Micky believed that the white race is superior or something linke that.
Now Israeli TV is calling the hostel all the time and wants interviews.

OZ is an abbreviation for "Ovdim Zarim - Foreign Workers" according to Tel Aviv's weekly "Ha' Ir".

Some Evangelicals support Zionism because they think it is a necessary step toward the Last Times. I think the Israelis have to be converted to Evangelical Christianity as part of this Divine Plan. It is all crazy stuff.