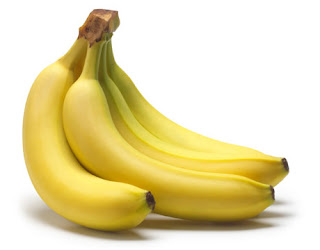 So my father-in-law sends me an email entitled this morning: "Chovshim, bah" (A Chovesh is an EMT).

Knowing I'm a volunteer EMT, and my 2 oldest kids are spending their summer vacation as Jr-EMTs riding on ambulances, he thought of bringing this story to my attention.

The story is all over Israel; the internet, radio, TV, newspaper.

An 84-year-old man gave emergency personnel a shock Wednesday when he came back to life after being pronounced dead by paramedics [Jameel: Actually, the MDA doctor pronounced him dead] at his Ramat Gan home.

A Magen David Adom ambulance crew was dispatched to the man's house in response to a distress call. After finding no pulse and ascertaining that he was not breathing, the man was pronounced dead.

A short time later, however, a police officer noted that "the corpse is moving his hand."

Police and emergency personnel had received a report Wednesday evening regarding an sick elderly man who lived alone in an apartment in Ramat Gan.

A nearby patrol and the medical crew who entered the home had noticed the elderly man lying motionless in the middle of the living room. They entered the apartment through the window in an attempt to resuscitate the man, who had no pulse.

Medical officials called for the coroner and a doctor, who pronounced the man dead and subsequently signed a death certificate.

After the medical crew left the premises, police began probing the circumstances of the man's death. As forensic investigators scoured the apartment for evidence, a policeman approached the motionless body, which to his amazement began moving its hands. [Haaretz]

Everyone in MDA knows that only a doctor can pronounce someone dead, unless of course, the person is decapitated -- its basic protocol. What happened here I can't tell you, but my kids were very embaressed when they heard the story.

Then again, MDA had another "fashla" in the news yesterday, when they eagerly released a news story that an unborn fetus and umbilical cord were found in a plastic bag in a Herziliya supermarket's parking lot.

After the bag and its contents were sent to the Abu Kabir Forensic Institute for analysis, the results were announced.

The bag contained...the remains of...

By the way, isn't Srugim supposed to start this month?

And has the first season come out on DVD yet?

Gotta dot your i's and cross your tees.

Americans have colorful expressions for foul-ups: SNAFU, FUBAR, Catch-22. Fashla is similar in the Israeli context.

Srugim 2.0 has started filming...not going to be ready for viewing for months...

So that message on the facebook page about season 2 airing in the winter was true?!